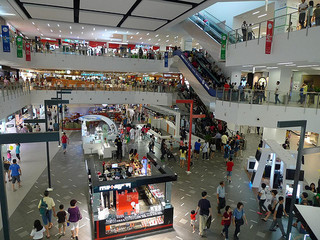 It’s no secret that consumer confidence has struggled alongside the economy’s manic behavior. Consumers find it hard to reconcile things such as high unemployment rates and record corporate profits. Throw in insecurities caused by new tax laws, the housing market, and other shifting economic features, and any economist would predict poor confidence.

Finally, it seems that consumers are starting to pay more attention to the economy’s good parts than its not-so-good aspects: according to the Conference Board, consumer confidence reached a five-year high this May.

The Conference Board, a private research group based in New York, keeps track of the consumer confidence index. It says that May’s index reached 76.2. It hasn’t been that high since February 2008.

This isn’t a sudden shift in attitude. It has been gradual. Still, a jump from 69.0 in April to 76.2 in May shows that people in the U.S. see something significant in their economic situations.

What has caused them to feel so much better? Home prices have improved by over 10 percent in the past year. Unemployment is also down to 7.5 percent. That’s the lowest it’s been in four years. Good stock market performance may also make Americans feel optimistic about the future.

Strong consumer confidence does more than show signs of economic improvement. It can also push improvement.

When consumers have little faith in the economy, they tend to hoard money. They don’t spend money on unnecessary items because they need to use it on basic needs. A smart person doesn’t buy designer clothes when he’s struggling to pay the mortgage.

When confidence goes up, though, consumers go out and spend more money. That’s typically a good thing for economic growth. As long as Americans avoid excessive debt, their spending will increase demand, which should lead to more job creation.

After years of talk, Americans might finally have found the solution to their economic woes. They’ve finally found the confidence to go out and spend their money.