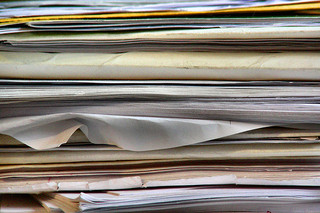 Just days after the January 28th release of an Independent Auditor report for the 2012 fiscal year, District of Columbia mayor Vince Gray announced plans to reform the state’s procurement processes. The procurement initiative is one of several strategies outlined in Gray’s State of the District speech on February 5th to “make sure the District’s economy continues to grow, diversify, and reach new heights.”

What’s Wrong with the Status Quo?

“No one likes the status quo,” says Gray. While the 2012 auditor report notes that there are District-wide policies in place to keep procurement processes uniform and compliant, the audit findings show that “District agencies are not adhering to the established policies and procedures governing creation and maintenance of procurement documentation and the payment of vendor obligations, which may cause noncompliance.”

Are New Procedures the Right Solution?

Over the past five years, the Office of Contracting and Procurement (OCP) has seen 7% fewer audit findings each year under their current deficiency remediation plan. This year’s marks were primarily for lack of proper documentation. There were also a number of unsupported emergency purchases and several delays in vendor payments.

The Internal Auditor’s recommendations encourage “the District (to) continue to strengthen its internal controls over procurement through the implementation of its deficiency remediation plan” and suggests that the OCP Procurement Integrity and Compliance Office should continue to oversee the process. The mayor and CFO should review progress on the plan at least twice a year, according to the report.

Mayor Gray says his procurement reform plans “will streamline our purchasing and contracting practices, eliminate confusing and outdated rules, increase faith in the process while minimizing meritless protests, and reduce the time it takes to complete procurements.” It will still be up to the District’s procurement officials to actively follow the established best practices.