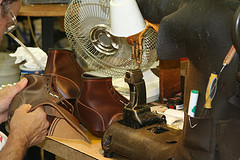 Local manufacturing and infrastructure play a big role in a nation’s ability to compete on a global platform. Domestic improvements and better local procurement systems are becoming the focus of many foreign aid programs. South Africa has several initiatives in place to boost the local economy, particularly in the manufacturing sector, to improve their place in the global marketplace.

“In the year ahead the department (of Trade and Industry) will significantly scale up designations and other procurement policy levers in support of domestic manufacturing,” says Davies. “This will be done at the same time as the department deploys a range of other supportive and interlocking instruments to raise the competitiveness of South Africa’s manufacturers.” Collaborating with business and labor agencies, South Africa has developed several policies to improve the national economy, including the National Industrial Participation Programme. This program boosts foreign investments by requiring any foreign company awarded contracts over $10 million “to provide “offset” obligations through investments in the country”.

According to Davies, the department is confident that these initiatives will “help stimulate aggregate demand and strengthen support for the domestic manufacturing sector”. At the same time, South Africa continues to strengthen their place in the global market.