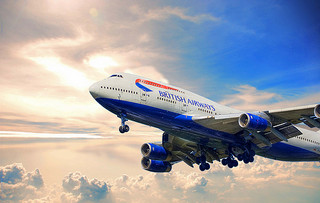 With the entire 787 Dreamliner fleet grounded indefinitely, Boeing engineers and officials are pointing fingers down the supply chain to find the source of the problem. According to the company, one of several outsourced suppliers is to blame for the battery fires that occurred in two of their new jets.

Outsourcing engine and electrical components is nothing new for Boeing. The company built the 737, 777, and other reliable jet models with outsourced parts as well. They handled the design of the 787 differently than past projects, however. There were about 50 top-tier suppliers involved in the design process, each responsible for the investments, risks, and contracting required to create their section of the plane. Christopher Tang, who authored a case study on the outsourcing of the 787 in 2009, said, “You only know what’s going on with your tier-1 supplier. You have no visibility, no coordination, no real understanding of how all the pieces fit together.”

Retired airplane structures engineer, John Hart-Smith, predicted the problems Boeing is facing in 2001, saying that the company was relying too heavily on outsourcing. “It’s Boeing that the FAA holds responsible to resolve the problem, and it’s Boeing that pays most of the associated costs,” he said, not the suppliers who directly subcontracted the work. A Boeing spokesperson says the company has increased staffing in their supplier management department, but one engineer who worked on the 787 said supply management was aware of the poor quality components going into the plane. Another engineer believes the fleet will have more problems, particularly with the power panels used in the planes.

Whether it’s excessive outsourcing and lack of in-house experience or simply negligent supply chain management, Boeing needs to accept blame for the serious safety issues in their newest jet fleet. Outsourcing is a beneficial part of the global supply chain. Collaboration and communication are key elements that Boeing seems to have overlooked.