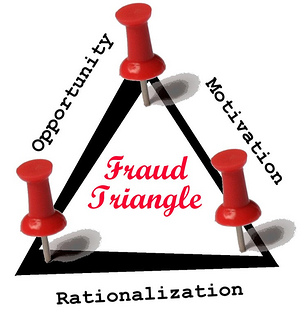 It’s unclear whether global instances of procurement fraud are actually on the rise or if law enforcement has just become more vigilant in catching and prosecuting these criminals. Whatever the answer, there have already been many significant cases of procurement fraud identified worldwide in 2013. Here is how you can protect your company and its assets.

First, it’s important to understand the parts of the process where fraud is easiest to commit. Many of the cases involve fraud during the bidding process (bid rigging) or when contracts are awarded. These cases are occurring in multiple sectors of the market. Identify the risks of the process and look at areas in the cycle where it can be manipulated.

Paul Guile, a fraud advisor and blogger, has seen one case in which a fake operational efficiency audit was initiated from within an organization. An external company was hired to conduct the survey, but fraud wasn’t considered because the value of the work was so low and the work seemed straightforward.

After the external company computed the survey, it concluded even more work was needed. Eventually, it was discovered that neither the initial survey nor the additional work were necessary. Before the fraud was discovered, losses to the organization were great.

Guile was also familiar with an organization which hired a self-employed contractor to build an asset register. He worked closely with the company, becoming its in-house expert on the project. He recommended an outside company to work on the project, which the organization hiring him did not realize he owned.

Even after the company realized it had been duped, it had to keep him on the project becauseit had allowed him to keep all the project data off site where only he had access. The copmany eventually got its asset register, but the cost was incredible.

Being aware of the potential areas where your company is vulnerable is the best place to stop procurement fraud before it begins. [/show_to]