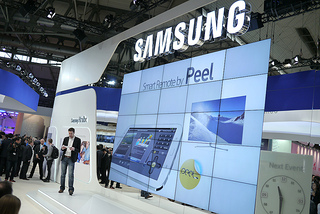 According to Reuters, “Bandits attacked a Samsung Electronics Co Ltd factory near Sao Paulo late Sunday and held workers hostage while they robbed truckloads of smartphones, tablets and notebook computers.”The four-hour job resulted in a total loss of $6.4 million in goods. The losses were originally reported by police at $36 million.

The Wall Street Journal Reports, “After leaving the remaining passengers along the highway, the men took the bus to the Samsung plant in Campinas, a city in Sao Paulo state. They disarmed security guards and opened the gates for seven trucks to pull in, loading them with more than 40,000 cellphones, tablets and laptops, police said.”

Authorities say the gang of 20 thieves included seven armed men. The group overtook a charter bus that held eight Samsung employees. The vehicle was en route to the Samsung plant.

The heist took place just before midnight, at which point the robbers disarmed the facility’s security guards and forced the employees to assist with the goods. According to sources, although only seven armed men hijacked the charter bus, they were later joined by 13 others at the Samsung plant.

While there is some security footage of the criminals, police are still unable to determine exactly who is responsible for the robbery.

Brazil had hoped to attract additional electronics companies in the near future. An appeal was set forth in the form of tax breaks for local technology companies that manufacture out of Brazilian plants.

Samsung and LG Electronics Inc. have taken advantage of the recent, low consumer electronics prices in Brazil. Together, the two companies accounted for around 43 percent of all Brazilian handsets on the market during the fourth quarter of 2013.

North America has seen some pretty bizarre weather this year. Right now the east coast is seeing record low temperatures as cold, dense air flows down from the Arctic. These freezing conditions are causing havoc for the transportation industry. In addition, several crops are threatened, causing commodity prices to rise. 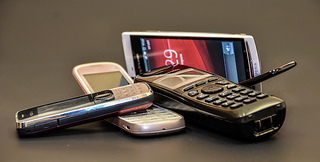