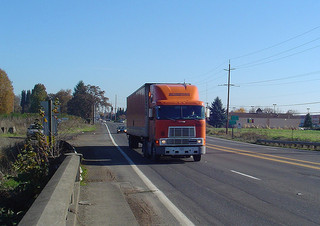 On Monday, July 1, the hotly contested new hours of service regulations imposed on the trucking industry by the Federal Motor Carrier Safety Administration (FMCSA) went into effect. Carriers and drivers hoped the Federal Appeals Court would rule in their favor before the new rules took effect, and even requested that the FMCSA hold off on enforcement until the court issued a ruling. However, neither the judge nor the FMCSA stayed the new regulations.

Now, drivers are required to take a 30 minute break within the first eight hours of their eleven hour shift. Before now, no break was required. Also, the maximum number of driving hours allowed per week is 70 hours, considerably less than the previous 82 hours. After reaching 70 hours of duty, drivers must take a 34 hour break to restart their hours for the following week. The FMCA believes this will reduce truck related accidents and deaths.

However, drivers and carriers are concerned about how the rules will affect their pocketbook, and those who depend on the trucking industry worry about how it will affect the rates they pay for shipping. Analysts expect the new regulations to reduce the overall productivity of the industry by about 5 percent.

Trucking companies are already having trouble keeping enough drivers, due to low pay and restrictions imposed by the government and insurance companies on the drivers they hire. Carriers claim they will have to pay each driver an additional $3,000 per year just to compensate them for the loss of wages the new rules will cost. Because drivers only earn money when the truck is rolling, the breaks and lower hours will lower the number of miles they can drive per week, lowering their pay. Carriers will be forced to raise their rates just to keep their current drivers and maintain service.