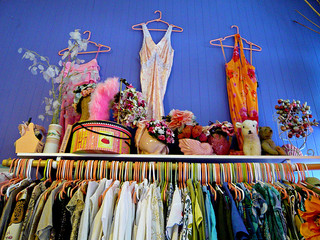 In the aftermath of the Rana Plaza collapse, which killed more than 1,200 garment factory workers and injured hundreds more, clothing retailers in the United States, Europe, and other developed countries are trying to find ways to get feedback directly from workers regarding their working conditions, pay, and general treatment.

In societies where labor unions, collective bargaining rights, and government safety regulations help keep most workers relatively safe and well paid, it’s hard to picture a society in which workers must go to unsafe buildings every day and are terrified to say anything for fear they will lose their jobs, which rarely pay the equivalent of American minimum wage. Yet it happens every day.

Since fashion retailers can no longer depend on sources within their supply chain to find out what working conditions at their third tier suppliers is like, many are turning to technology such as social networking to contact the workers directly. With anonymity and no fear of retaliation that workers will be free to share what their working conditions are really like, there are hopes that clothing retailers can address safety and other issues before another tragedy occurs.

Labor Link is one such tool. It is a non-profit social enterprise connecting 4.5 billion mobile subscribers in the third world, including workers responsible for producing garments as well as food, electronics, and other goods. M&S and Patagonia, two of the fashion retailers which were hardest hit when the Rana Plaza collapsed, are already trying tools such as Labor Link to connect with workers and learn more about working conditions in their suppliers’ bases of operations.

Anthony Lilore of the Save the Garment Center hopes that the embarrassment and fear of retaliation experienced by countries like Bangladesh after the plaza collapse might be enough to spark them to change. Save the Garment Center is a group dedicated to preserving New York City as the fashion capital of the world. Lilore does believe, however, that it will take time to fully address working conditions in these countries.