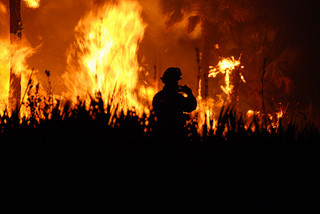 For some time now, it’s been apparent how important it is for companies to assess their risks within the supply chain and create contingency plans to continue operations in the event of an unforseen break down. However, in a new survey by the American Productivity and Quality Center (APQC), fully three-quarters of large companies aren’t taking these measures. 75 percent of 195 large corporations surveyed have been hit with an unexpected interruption in their supply chain within the past two years, causing them to be unable to deliver on time to their customers.

These are the same executives who have preached the importance of embracing Enterprise Risk Management (ERM). The survey concluded that 75 percent of the companies experienced an unforseen event involving a physical asset (owned by either the company or a third-party supplier) which caused a severe disruption in their customer deliveries. Only 16 percent of the 195 companies surveyed were not hit by such a disaster, and (perhaps most confusing) 9 percent were not sure whether such a disruption had occurred or not.

Half of the respondents to the survey — most were chief risk officers for their companies — said they lacked the resources to assess business continuity programs at the sites of their suppliers. Most rely solely on a simple checklist filled out by the supplier, which is neither verified or researched. 75 percent of respondents indicated their organizations had pruned their list of suppliers during the past year to cut costs. Seventy four percent of the companies had added suppliers which are geographically distant (incurring more risks in transport), and 63 percent knowingly have suppliers in areas of the world with high risks.