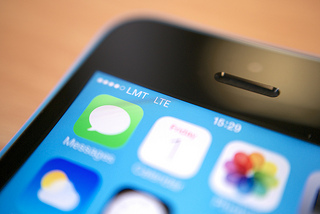 Recent reports related to Apple’s iPhone 6 show the company is beefing up its manufacturing operations to support the impending smartphone launch.

Bloomberg News notes, “Apple is getting ready for its annual unveiling of new iPhones after rivals including Samsung Electronics Co. and HTC Corp. released smartphones with displays that are as large as 5.7 inches. Consumers have been gravitating toward larger-screen devices — in China, 40 percent of mobile gadgets based on Google Inc.’s Android operating system that were sold in 2014 had display sizes of more than 5 inches, according to an estimate from Forrester Research.”

Insider sources have confirmed that the screens on the new phones will be .7 in. longer than the current iPhone 5. It’s no surprise that the company has opened up two major U.S. plants that will produce a sapphire material.

Apple Insider states, “Apple’s much-ballyhooed sapphire plant in Arizona is not its only production facility for the crystalline material, according to a new regulatory filing from manufacturing partner GT Advanced Technologies, as the two companies have also opened a secondary location in Salem, Mass.”

There is no word yet on the exact plans for the material; however, some analysts believe the crystalline substance will be used not only on the glass coverings of Apple’s smartphones, but on the rumored iWatch, as well.

According to Business Insider, “Foxconn often increases hiring ahead of a new iPhone, but this is said to be a record.”

Many believe production is expected to ramp up next month, just ahead of the prospective iPhone launch slated for September.

Apple remains one of the top global smartphone manufacturers. The company has a 40 percent share in the U.S. market alone. However, recent competition from Huwaei and Lenovo has slightly diminished the Apple iPhone’s global power. [/show_to]