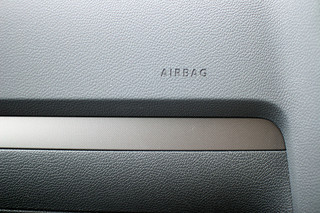 According to CBS News, “BMW, Chrysler, Ford, Honda, Mazda, Nissan and Toyota will all recall cars at the U.S. government’s request because their air bag inflators could rupture. If that happens, the air bags might not work properly in a crash, and shards from the ruptured system could fly out and cause injury.”Japanese group Takata Corp manufactured the offending airbags. This is not the first time recalls came about due to Takata airbags. Reports link the corporation to the device’s recall that span the last five years.

A report by The New York Times states, “Recalls related to air bags have affected at least 10 million of the more than 30 million cars recalled in the United States so far this year, according to a New York Times review of regulatory records.”

The faulty airbags were manufactured through 2000-02. The company admits that during that time, production failed; however, records regarding the incident were misplaced. The airbags were primarily manufactured in U.S. and Mexican plants. Takata believes the defect could be related to excessive moisture.

Reuters notes one story from Japan that took place on May 10, 2014: “The Fit’s passenger-side air bag exploded, according to Honda and Japan’s transport ministry. There were no injuries in the accident, in Okayama, so police did not give details, but safety investigators found the metal ejected by the air bag was so hot it set fire to the instrument panel and glove compartment.”

At the time, it was found that the Fit wasn’t included in the initial recall list, leading to concerns over the depth of the problem.

The issues come just months after the GM recalls, adding gasoline to a global auto industry that’s already under fire.