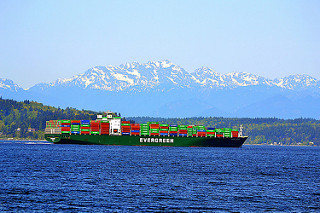 Climate change has prompted countless logistical challenges for global shipping companies and supply chain managers, but some potentially lucrative opportunities have also emerged. Find out how newly available Arctic shipping routes could provide much-needed solutions for Chinese supply chains and understand the impact that these routes could have.

In recent years, melting ice caps have opened up new waterways, prompting many global shippers to rethink their routes. Chinese shipping companies operate numerous routes in the northern hemisphere, but due to available ports and waterways, routes can be prohibitively long and resource-intensive.

To transport goods between major ports like Shanghai and Hamburg, for instance, Chinese shipping companies currently rely on the Suez Canal. Transitioning to an Arctic route could reduce the total length of the trip by a third.

How Supply Chains Could Benefit From Polar Routes

As a leading global exporter, China could help to streamline supply chains around the world, as long as the nation’s shipping industry can mitigate the risk involved with these potential new routes. As China’s Maritime Safety Administration ministry spokesman Liu Pengfei states, “Once this route is commonly used, it will directly change global maritime transport and have a profound influence on international trade, the world economy, capital flow, and resource exploitation.”

Indeed, Chinese officials have expressed interest in exploring the full extent of possibilities that opening the Northwest Passage could provide. In late 2016, the nation’s Maritime Safety Administration released a lengthy guide discussing potential Arctic routes from North America to China, which could have a substantial impact on American trade with China.

What the Future Holds for the Arctic Shipping Routes

While it is still too soon to tell what the results of opening Arctic shipping routes might be, industry experts have already begun to speculate about some of the risks at hand. Since these routes currently aren’t in use for global transit, for instance, infrastructure is nearly nonexistent.

Weather conditions may prove to be major deterrents, as Arctic waters are known to experience larger waves and higher winds than virtually any other shipping routes. In addition, shallow waters and lingering ice in the Arctic could make some areas impassable. Decades may pass before the industry can fully assess the risks and benefits of using these Arctic shipping routes.

In addition, it remains to be seen whether Chinese ships have permission to use these routes at all. While China has free trade agreements in place with Iceland and is actively involved in mining in Greenland, the nation may encounter resistance from Canada, which claims ownership over some of the waterways. As Reuters reports, several Canadian spokespersons have indicated that the nation fully intends to regulate these waters, potentially preventing China from using them freely.

These new shipping routes could make a substantial difference for Chinese shipping companies looking to save time, cut down on resources, and mitigate future risk. In the meantime, the shipping industry will observe this unprecedented move and eagerly await its results.