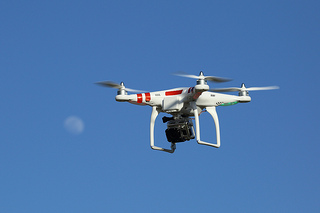 When Amazon announced plans for drone package deliveries last November, sceptics said the FAA would not allow the practice. However, the FAA has long postponed issuing new regulations for flying drones weighing less than 55 lbs and flying at altitudes lower than 400 feet. Though the agency will announce the new regulations in November, few are getting their hopes up because of past postponed regulations.In a new twist, a federal aviation judge has ruled that the FAA may not even have jurisdiction over these small, lightweight, low flying drones. A photographer using a drone to shoot photographs for an advertisement was recently cited by the FAA, but in court the judge ruled the FAA had no authority over his use of the drone. In a similar situation, the FAA stopped a florist in Michigan, called FlowerDeliveryExpress.com on Valentine’s Day for testing their drone, which was conducting beta deliveries of roses.

However, even if the FAA is not allowed to regulate drone deliveries, there are other kinks to work out in these delivery processes. No one is clear how to cover drone accidents with insurance policies or how the deliveries will play out in the real world. For example, drones seen on the Amazon promo video delivered to houses with open front yards. Yet large numbers of the population live in walk up apartment buildings or buildings with doormen, where drones don’t have access or a way to communicate to gain access for delivery.

But Amazon, the florist, and photographers aren’t the only ones interested in drones. Domino’s Pizza also announced plans for drone pizza deliveries. Elsewhere in the world, Dubai’s government plans to use drones to deliver government documents to its citizens. Dubai, however, probably has a larger budget and fewer restrictions for such projects as most companies in the United States.