Economists say a weakening ruble, as well U.S. and European sanctions, could wane on an already distressed Russian manufacturing sector. The unstable ruble has already prompted French carmaker Renault to ease off plans to manufacture vans through ZIL (a Russian truck-maker).

According to Reuters, “Russia’s declining ruble has been a double-edged sword for automakers, which benefit if they are highly localized – meaning they source the majority of the parts and assemble the car in Russia. The falling ruble makes these cars more competitive against more expensive imports.”

Meanwhile, companies are scrambling to get ahead of impending U.S. and European sanctions on Russia, which could put Russia in a further unfavorable position in terms of its role in the global market. Despite the U.S./Russian conflict, many U.S. businesses see value in their relationship with the country. Many companies rely on Russia not only for their manufacturing operations, but for resources such as oil and gas.

A report by the Washington Post notes, “Top U.S. companies such as PepsiCo, General Electric and others have touted their involvement in Russia as central to their global strategy. That has involved aggressive investing — PepsiCo is now the largest food and beverage company in Russia, earning $4.8 billion in the country in 2012 — and joint ventures such as GE’s with two Russian firms to manufacture gas turbines in Rybinsk.”

To combat the potential fallout, Russia is now courting China to fill potential manufacturing and exports gaps that could threaten the country’s economy.

Bloomberg News reports, “Russian President Vladimir Putin plans to open the door to Chinese money as U.S. and European sanctions over Ukraine threaten to tip the economy into recession, according to two senior government officials.”

In addition to talks with China, officials are in a race to bolster the value of the ruble in hopes that Russia will remain attractive to other foreign investors. [/show_to]

Millions of Americans grab a cup of coffee from Starbucks on their way to work each morning. In this niche market, smart business decisions mean this coffee chain stays on top in terms of sales. Starbucks leads the market with an efficient supply chain and careful attention to product sourcing. 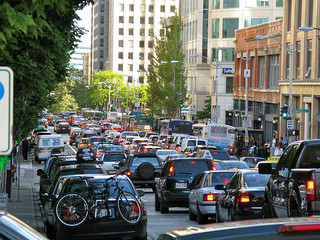 INRIX provides traffic information which can be used for all sorts of intelligence gathering and decision making. Its Gridlock Index (IGI) tells some good news and some bad news. According to its data, traffic in the most populated 100 cities across the United States is picking up, leading to more gridlock and slower travel times…. 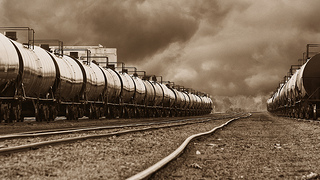 On the eve of Senate hearings regarding the safety of rail tankers carrying approximately one million barrels of crude oil across American railways per day, the U.S. Department of Transportation issues new safety regulations. However, both officials and industry experts agree that these regulations don’t address the most serious safety concerns. 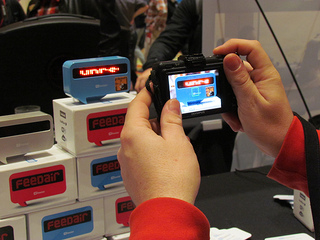 Proper quality assurance measures are critical to reduce the return of goods and services to companies. When there’s an abundance of reverse logistics, it affects a number of facets of the organization, including inventory management, warehousing and storage, financials, and even losses and write-offs when you’re dealing with perishable goods.

A David & Goliath Shipping Story We’ve already seen how shipping companies have jacked up shipping rates to skyhigh rates. Here’s a story of a modest sized importer, OJ Commerce, going up against a shipping giant, Hamburg Süd, (a subsidiary of Maersk). Retailers Are Confident Xmas is a Go With the last few year’s supply…