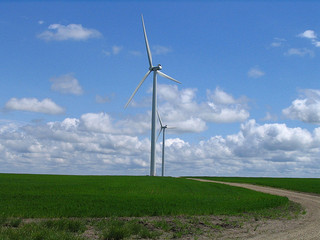 Amidst a global worry over energy prices, green technologies are taking a backseat to traditional power sources, especially when it comes time to spend more for greener power, according to a new survey conducted by EnergyQuote JHA. The survey analyzed the responses of 50 large-scale energy buyers. Of the respondents, almost half (49 percent) expressed they had no plans to purchase green energy.

The primary reason for their reluctance to purchase green energy is to avoid any additional costs possible in light of already rising energy prices. Prices are up across the board for energy, including higher prices for both traditional and renewable (or green) power sources.

Even though these companies have a grim view of energy costs looking ahead into the future, a mere 12 percent have put in place a risk management policy to address these rising prices. According to managing director of EnergyQuote JHA, Gary Worby, this is a serious concern.

Because few companies are prepared for a rise in prices, yet most of the companies surveyed expect prices to increase, the higher cost associated with green energy technologies is simply not in the budget. The survey concluded that 87 percent of these large energy buyers are not buying green power at all, or are only buying it when there is no additional cost.