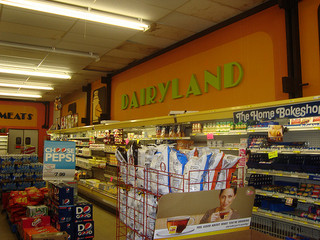 Kraft Foods Group is on a roll with recalls. On Saturday, May 17, the company announced a recall of its cottage cheese products due to an issue that took place during manufacturing.The Huffington Post reports, “Some ingredients used in Knudsen Cottage Cheese, Breakstone’s Cottage Cheese, Simply Kraft Cottage Cheese and Daily Chef Cottage Cheese were not stored in accordance with proper temperature standards at a Tulare, California, manufacturing facility, they said.”

Kraft plans to offer customers a full refund for the potentially contaminated products. The recall follows a recent packaging discrepancy that resulted in additional lost product for the company that distributes throughout the United States and Canada.

According to CNN, a packaging discrepancy led to a recall back an April, as well. “The Oscar Mayer Classic Wieners packages may have contained cheese dogs, officials said, but the packaging doesn’t advise consumers that they contain milk, the U.S. Department of Agriculture’s Food Safety and Inspection Service said in a statement,” CNN reported.

Although it was not confirmed that all packages were affected, Kraft willingly recalled the entire batch of Oscar Mayer packages.

Since the company faces the possibility of a financial loss for any unsalvageable or recalled product, Kraft is taking measures to reduce the waste it can control by working on cost-cutting measures that identify past issues with manufacturing and correct them.

Forbes notes, “For example, in the procurement of cashews used for manufacturing Planters, the company has formed a strategic partnership to create a seamless supply chain from the producer to its plants, which would reduce the breakage of cashews by around 80 percent and increase the yield of whole cashews. It is working on a number of such cost cutting opportunities to reduce total operating costs.”

These measures could help bring up Kraft’s current estimated valuation, which Forbes states dropped due to a number of factors, including those unassociated with the recalls.