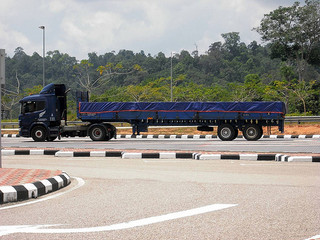 Following just the first complete month of 2014, a survey conducted by Bloomberg Industries called the Internet Truckstop survey shows a positive outlook among trucking companies in regards to the remainder of the year. Respondents to the survey included freight brokers and small owner operator trucking companies. An increase in the overall volumes expected, combined with the tightening capacities should drive up rates. According to the respondents, higher demands from consumers and businesses for products are expected, as the economy continues a gradual growth and recovery process. Demand for household goods are on the rise, due to higher household income levels combined with a continuing lower interest rate on purchases. New government regulations that limit the hours truckers can work each week to 70 hours is also tightening capacity.

The volume of cargo is expected to rise following several rounds of severe winter weather, which hindered trucking efforts throughout January in many parts of the country. Still, demand for cargo shipments rose the first month of 2014 by three percent over last year’s demand.

Respondents expect the cargo volumes to increase within the next three to six months. It marks the most optimistic outlook for the industry in the past nine months. Other reasons respondents cited for tighter capacities included the higher cost of purchasing new trucks to field, as well as fewer workers planning to enter the trucking industry. Low wages and a difficult lifestyle are common reasons why young people are not entering the field of trucking.

The tighter demand is expected to lead to rising prices for shippers in the following months, and potential steady rises in prices throughout the year. One factor that could affect these prices further is the uncertain fiscal policies of the government heading into an election year for many senators, house representatives, and governors.