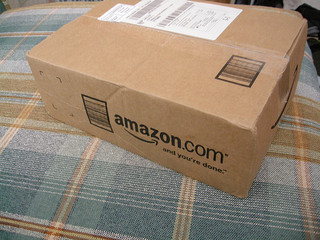 Dominating the news on Cyber Monday, especially in the midst of the Obamacare disaster, is a tough act, but Amazon managed the feat this week with their announcement of plans to employ a drone home delivery service within the next few years. According to reports by 60 Minutes and other top news agencies, Amazon plans to be ready to launch this plan within the next four to five years.

The delivery drones are planned for major metropolitan areas which are near Amazon fulfillment centers, and would be capable of delivering most any product weighing five pounds or less to the customer within half an hour of placing the order online. Now that the software and hardware technologies are in place, one of the main obstacles to the project is getting the FAA to agree to the drone project. Amazon must prove that the drones are not going to be a hazard to life or property, either on the ground or other aircraft sharing the air space with the drones.

One of Amazon’s strengths is innovation, and among dot com companies, Amazon has more successes than failures when it comes to implementing new technologies. The drone announcement comes on the heels of other innovative news, including Amazon delivery fulfilment centers located inside Proctor & Gamble manufacturing facilities and plans to begin its own deliveries in lieu of hiring other package delivery services, such as UPS, the USPS or FedEx.

While the tech sector was excited about the announcement, others remained leery, claiming that an announcement by Amazon four to five years ahead of when the program might be ready to implement was nothing more than a PR stunt to gain media attention on the heaviest Internet shopping day of the year.

It is unclear how the drone system would handle difficult deliveries in large cities, such as those to high-rise apartment complexes in the middle of New York City. [/show_to]