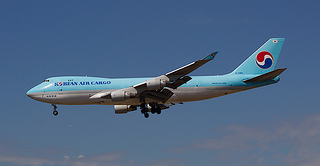 The industry is growing, but not at the rapid pace experts expected. They still expect a more significant profit for next year, projecting $16.4 billion. However, even the lower than expected projections for this year beat the lackluster $7.4 billion in net profits the industry sustained in 2012.

News is better in the shipping industry, where the three largest dry bulk cargo categories are expanding by 10 percent. Shipments of coal, iron ore, and crops are helping bring the industry to its first positive profits since the year 2010. The industry is still working its way out of the slump caused by an over investment by owners in new vessels about five years ago.

Earnings have fallen as much as 84 percent since 2008. According to insiders, owners are expected to tighten the utilization of their fleets, which should lead to higher profits in the overall industry. By next year, the industry should see profits that exceed the break even point of the ship owners. According to Bloomberg, this growth and profit is expected to encompass all four major classes of vessels.

Part of the reason for the slower than expected growth in the air cargo industry is a result of unrest in Syria and the rest of the Middle East, which has caused a spike in the price of crude oil. If the earnings projections for 2014 are accurate, it will be the second strongest year for the air cargo industry this century, following the $19.2 billion in revenue experienced in 2010.