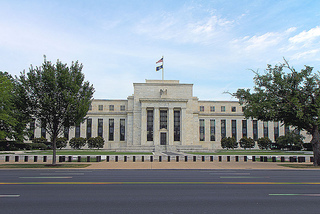 The year 2007 was, overall, the strongest year ever for American manufacturers. Hence, the Federal Reserve set this year as a baseline for the marketing index, released on a monthly basis, and set each sector of manufacturing to a base of 100 for the year 2007. Then those baselines are used to indicate how strong the growth (or lack thereof) is for each sector. It is important, however, to realize that some sectors actually had years higher than their 2007 readings. For example, in 1994 the sector of apparel hit 288 according to the index. With this information, it is now easy to look to today’s index and see that though manufacturing as a whole is performing extremely well this year, this growth is not across the board. There are still sectors lagging well behind their 2007 readings on the index.

According to the Federal Reserve at the end of 2013, semiconductors and equipment are up to an impressive 139.1, which equals a 39 percent improvement over 2007 levels. Likewise, computers and electronics are at 135.7; heavy-duty trucks are at 133; railroad rolling stock sits at 125.4; agriculture, construction and mining equipment are at 124.9, and medical equipment and supplies are at 118.9. Ship building, motor vehicles and parts, machinery, food, and aerospace equipment all sit at just above 100 on the index.

On the other end of the spectrum, apparel and leather products are at just over 58, while computers and peripherals read 67.8, furniture is at 72.5, and textiles are at 72.8. These lower numbers mean that U.S. manufacturing recoveries are confined to specific sectors. While some readings are quite strong, driving up the index as a whole, other sectors continue to lag behind.

Eleven out of the 29 sectors tracked by the Federal Reserve index surpassed 2007 achievements in the year 2013. Eighteen of the sectors continue to struggle in the current manufacturing business environment.