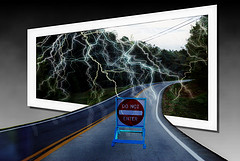 According to a new report released by two Gartner analysts in conjunction with MESA International determines the single largest obstacle to deploying MES applications is a lack of clarity on the costs and benefits these systems can offer. This came as a surprise to Gartner analysts Simon Jacobson and Michael Doran because these issues were thought to have been resolved back in the late 1990’s or early 2000’s.

According to the report, a full 63 percent of enterprises said their biggest obstacle to deploying MES applications was that the costs of the system or return on investments (ROI) was simply not understood. This lack of clarity leads to other barriers, such as creating competition between MES deployment and other IT projects and straining company resources.

Other deployment barriers identified by the study include the overshadowing of MES developments by other projects IT is involved with and ERP (Enterprise Resource Planning) projects. Researchers observed that the issues involving stretched resources within an enterprise may be due to a lack of clarity on the goals and benefits that can be achieved through MES deployment. Executives are usually hesitant to put money and other resources toward a project unless the payback to the company in measurable terms is clear.

Companies deploying their own MES applications have the least obstacles to overcome, generally facing less stress to personnel and resources because these projects are dealt with by the local IT staff and tends not to interfere with larger IT issues, such as their ERP efforts.

MESA International, the organization contributing to this Gartner survey, is a trade organization which represents MES providers and others within the industry. Most of the enterprises responding to the survey represented worldwide manufacturing companies employing at least 10,000 people.