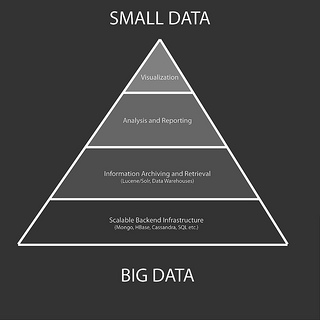 2013 is predicted to be the year that businesses begin to fully tap into the potential offered by big data. Media buzz is playing a big role in the trend, giving information technology professionals the idea that if their business isn’t on the bandwagon, they’re behind their competitors. A newly released Garner survey indicates 42 percent of information technology leaders have either already invested in big data technologies or plan to do so within the next year.

The Benefits of Big Data

Big data offers power that traditional data never could. Properly identified and analyzed, big data can allow companies to respond to trends and changes in the industry immediately. It could offer a new level of customer service and response never before possible.

For example, big data could be used to route trucks immediately in anticipation of a greater need in a particular area, or open up website servers with a sudden influx of online traffic. Companies would no longer have to guess when and where resources should be routed – the information would allow them to respond automatically and instantly.

The Challenges of Big Data

Along with the advantages big data could afford technology procurement, there are some special challenges to meet. First, not just any IT guy can handle big data analysis. It takes a specialized big data analyst (usually a team of such people), and since the industry is so new, there isn’t exactly a surplus of such highly trained individuals.

Big data also requires an enormous amount of storage and computing power, which is expensive to buy and maintain, and these systems depend on cooling systems and trained personnel to keep them running. Garner’s survey predicts that by 2015, 20 percent of all Global 1000 organizations will have a big data strategy in place.

When planning for and investing in big data initiatives, it’s important to remember the technology is in its earliest stages. The potentials are astounding, but meeting those potentials is challenging, expensive and ongoing.