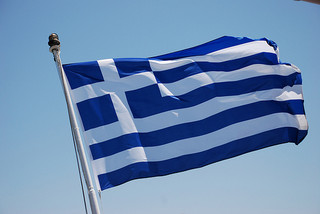 Greece’s relationship with China could contribute to further growth within manufacturing, as well as overall economic opportunities for the country. According to Ekathimerini News, “[…] in the last three years Greek exports to China have been posting an annual growth rate of 40 percent to exceed 420 million euros in 2013, while Chinese imports to Greece have grown above 2.2 billion euros on a yearly basis.”The flourishing trade relationship between the two countries has allowed for further prospects in terms of future partnerships in the Greek resources sector. It’s no surprise to economists that China would show interest in the Greece’s power grid infrastructure. Sources say China may soon be in talks with Greek grid operator ADMIE.

Reuters notes, “According to two sources with knowledge of the matter, the possible suitors include Chinese grid operator China State Grid Corp. (SGCC).”

In the past, electricity output hindered Greek production efforts. Chinese interest in ADMIE could signal a win-win for both countries.

The Economic Times of India reports, “The decline is primarily due to a decrease of 8.3 per cent in electricity production, which often depends on household heating use. Mining and quarry production dropped at an annual pace of 4.2 per cent and manufacturing output by 1.5 per cent.”

Foreign interest in electricity resources could bolster the need for Greek mining and quarry production, which could increase not only manufacturing output, but jobs.

According to the Greek Reporter, “Regarding unemployment, the OECD predicts a slow decline to 27.1 percent this year and 26.7 percent in 2015, down from 27.3 percent in 2013. The significant excess production capacity will lead to a continued reduction in prices and wages, although the report notes that the rate of decline will be limited.”

Last year, everyone wanted to get their hands on a tablet, whether it was a Samsung Galaxy Tab or an Apple iPad. However, reports show that tablet manufacturers are slowing down production this year. There are lots of factors contributing to the drop in sales, and it is taking its toll on tablet supply chains.

North America has seen some pretty bizarre weather this year. Right now the east coast is seeing record low temperatures as cold, dense air flows down from the Arctic. These freezing conditions are causing havoc for the transportation industry. In addition, several crops are threatened, causing commodity prices to rise. 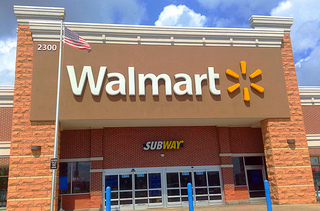 Wal-Mart executives are considering a new price-matching program for their online retail division starting this holiday season. They already give their managers in brick-and-mortar stores the ability to price match competitor sales if a customer brings in proof of a cheaper price, but Wal-Mart is considering taking this to a whole new level with their…