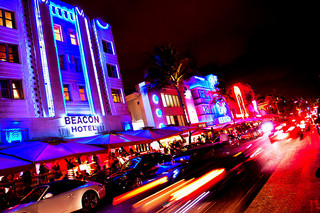 Corruption and scandal are common in Miami Beach. Not even the local government can escape the temptation, particularly those in the procurement department. City officials arrested former procurement chief, Gus Lopez, last month on charges of bid tampering, illegal compensation, and racketeering.

As procurement director, Lopez managed the bidding process for most city construction and development projects. Lopez came under investigation last March after questionable activity surrounded bids for one of the city’s biggest projects, redeveloping the Miami Beach Convention Center.

Evidence exists to prove that Lopez worked with Walter Garcia, Miami businessman and a felon associated with a drug bust in the 1980s, to sway the bids for his personal benefit. Evidence suggests that Garcia and Lopez planned to create a team of developers to win the bid.

There is proof that Garcia received $25,000 from at least one prospective bidder, as well as an email from Lopez detailing Garcia’s total compensation for the project as $6.73 million. Lopez resigned from his post shortly after this ongoing investigation began.

Officials subpoenaed financial records, emails, and related facts to aid in the investigation. Officials noticed several unexplained cash deposits into Lopez’s account and made connections between Lopez and another possible suspect, Pierre Landrin, Jr. In addition to his job with the Miami-Dade school system, Landrin also owns Almani Marketing and provides consulting services to small businesses.

After questioning, Landrin admitted that he received inside information from Lopez about bids on city contracts and then offered this information to his clients for a fee. Landrin’s clients used the info to outbid other contractors, thus winning the job. Lopez received half of the consulting fee in return for leaking the sensitive details. Landrin agreed to aid in police arrest efforts, possibly in exchange for a lesser sentence.

Shortly before his September 14th arrest, Lopez told Landrin, “When they pull my bank records . . . they’re not going to be able to draw the line from A to B.” Both men are facing charges, while Lopez’s wife, Maria Alejandra Pineda has money laundering charges against her. Carlos Fleites, Lopez’s attorney says, “Gus maintains his innocence, and we have every intention to aggressively defend all charges against him.”