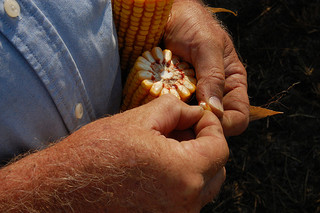 The past three years weren’t good for corn production, but 2013 has yielded a record 13.8 billion bushels and only half of it has yet been harvested. The weather hasn’t helped, varying from wet to dry, so in addition to dealing with an overabundance of crops, logistics is stressed with separating corn with differing levels of moisture, which can’t be stored or transported together. Train, truck, and barge rates are soaring as delivery of the massive corn haul stresses resources. Additionally, bad weather around the nation has interfered with infrastructure repairs and upgrades, which is slowing the trips of trains and barges. Trains which normally get 2.5 to three round trips each month are slowing to just under two routes per month. A lock construction project on the lower Ohio River has barges on that route slowing, as well. Other logjams are happening in the Pacific Northwest, as well as the Gulf of Mexico, where ships are waiting to be loaded with another U.S. bumper crop for the year — soy beans.

Farmers expected a high yield of corn this year, but were surprised by exactly how much corn there was. Much of the corn and soybean crops are headed for export. Freight trains that normally go for about $600 per rail car load are selling for as much as $1,300, and in some cases up to $2,400. Freight shipping prices are up across the board, for barges, trucks, and train transports.

Though the logistical issues are difficult now, the bumper crop came just in time. Due to the past three years of shortages, grain supplies were almost depleted by the end of this summer. The spotty rainfall complicates the process as it causes corn in some areas to be harvested at 30 percent moisture, while others are coming in for transport at just 20 percent. These batches have to be separated, which is even more difficult due to the large volume needing transport.

Over the next five years, Volkswagen plans to invest $106.3 billion on new fuel-efficient vehicles. This includes a plan for new factories and expansion in China. The automaker wants to be a world leader in economical and ecological vehicles. Volkswagen’s investment is projected between 6 and 7 percent of their revenue between 2015 and 2019….

The UK spends £178bn on public procurement each year. Scotland sees this as a great opportunity to invest in UK’s struggling economy. They’ve created Crown Commercial Service, Major Projects Authority, and several other initiatives to help with social and economic growth. Scotland is setting an example for other countries through their public procurement strategy. However,…

Amazon’s growth can be partially explained by its ability to turn their own internal tools & need into profit centres (e.g. Amazon Cloud Services, Fulfillment by Amazon, etc). Anyone in the e-commerce space knows shipping is one of the largest (and expensive costs) expense in such a business. So, it makes sense Amazon looked to… 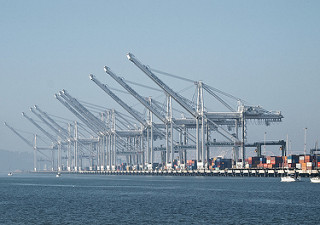 The Port of Oakland reached an all-time high for container volume at the end of 2016. Growth continues to soar at the port, and loaded containers account for 52 percent of all volume. Check out what enabled the Port of Oakland to set the record and how other West Coast ports can recover and do… 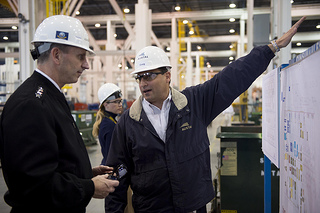