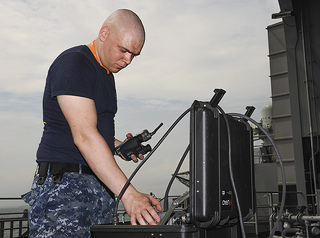 With sound cannons on the streets, speeding may no longer sound like a good idea. Several states are considering introducing sound cannons to their roads, but are these interposing devices worth the risk?

Sound cannons can send interrupting noises to drivers who speed – typically within construction zones. However, this use is largely untested. Officials are divided on whether this tool would harm or help drivers. Read on to learn how sound cannons could affect the future of transport.

Long Range Acoustic Devices (LRADs), known by their street name “sound cannons,” emit high intensity noises across a large area up to 2.5 kHz. The devices can be portable or a larger, mounted structure. The produced sound can be concentrated into a loud, high frequency making it ideal for targeting and disturbing groups of people via its piercing tones.

In the past, sound cannons have been used to deter protestors as a form of sonic weaponry. The tool has also been used by military groups and other government organizations. Notably, sound cannons help maritime crews ward off pirate invasions.

The Missouri Department of Transportation (MDoT) will begin placing these devices near roadways and construction sites to alert drivers to their current speed. Missouri is the first state to introduce this type of speeding prevention.

According to a report by Gizmodo, the noise from the sound cannon will penetrate the cab of the speeding vehicle only. The sound will be loud enough to override any sounds within the car in an effort to capture the driver’s attention.

Currently, no other states are pursuing sound cannons for highway transportation aids.

Critics worry that sound cannons may actually further distract and unsettle already reckless drivers. Since the volume of sound emitted from these cannons is usually harsh and disorienting, it could unnecessarily jolt drivers causing them to swerve outside their lane.

The Verge notes, “LRAD’s sirens can reach up to 153 decibels, more than enough to potentially cause hearing damage. This is technology that’s been deployed in war zones, after all. Missouri’s DOT reportedly insists the tool will only being used at safe levels, but it’s easy to see how motorists could become disoriented and wind up in an accident. The element of surprise is an unwelcome one on the road, and that has many drivers crying foul about Missouri’s plans.”

The implications for larger vehicles and their operators could be devastating. Drivers of semi-trucks and other shipping vehicles, as well as those around them, could be in grave danger if they’re caught in the crossfire of these sound cannons. Although speeding could result in loss of driver control, so too could abrupt noises.

There is no word yet on exactly what above-limit speeds will trigger the sound cannons, which leads to concern over possible distractions for even minor offenders.

Do you think these cannons should be used to deter speeders and other reckless drivers? Sound off on this topic in the comments below. [/show_to]