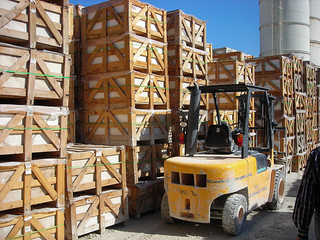 The Turkish Manufacturing Purchasing Managers’ Index (PMI) dipped just slightly to 51.1 in April from 51.70 in March. Inflated input prices and slow growth of output prices may be to blame.The downward tick isn’t completely discouraging economists. The Turkish budget is slowly recovering. While the manufacturing sector didn’t gain momentum according to the PMI, there were other light spots – a result of an increase in export orders.

As a result, according to Reuters, “Turkish manufacturing activity rose for the ninth consecutive month in April.”

This news comes on the heels of stocks showing higher than expected outcomes for all areas of the Turkish economy, including manufacturing. Turkish business owners are currently trying to win investor confidence.

Despite the recent increase in activity, weak spots still exist within Turkish manufacturing as the PMI suggests. New orders data show that production rates are still moderate and have failed to hit peak performance numbers.

Balkans reports, “The new orders’ growth eased to its weakest level since last August, largely due to the subdued demand from domestic markets amid the elections. However, export orders grew at the strongest rate since February 2011. Consequently, manufacturing production growth slowed to its weakest pace since July 2013. Despite the weakness, purchasing activity was stepped up and employment grew, indicating that the underlying conditions in the sector were positive.”

Strong exports numbers are a good sign; however, economists believe Turkish officials could play a bigger role in boosting the manufacturing and services sectors by investing more money in these areas. Programs geared toward these areas could cause mobility and lead to job creation within these industries.

According to Bloomberg’s BusinessWeek, in the past Turkey hasn’t helped itself. “Instead of investing in the high-skilled jobs and high-tech manufacturing and services that could give Turkey the escape velocity to reach the upper echelon of world economies, the country has relied for growth on consumer spending and construction,” BusinessWeek notes.