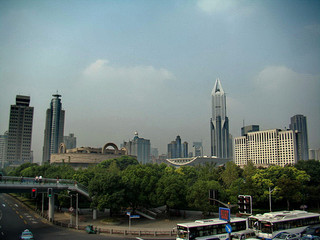 A new study by Stratfor Global Intelligence concludes that China is stepping down from its unofficial position as the go to cheap labor source of the world, and other developing countries are now emerging as a replacement option for global manufacturers in need of a cheap labor source. By the year 2015, China’s most expensive labor is expected to cost about the same as the least expensive labor available in the United States, when production is factored into the equation.

George Friedman of Stratfor Global Intelligence says this is a normal process seen over and over since the Industrial Revolution. He points to Japan as an example, which supplied cheap labor for U.S. manufacturers during the 1960s. Japan’s workers (as in other countries) progressed from a mostly rural experience into a large, cheap labor force in urban industrial settings, and then discovered the potential for even more wealth by producing more sophisticated goods and not supplying the world markets with simple, inexpensive products.

Japan then began establishing itself as a global supplier of high-end electronics and quality automobiles. China has now reached this plateau, ready to make a new step toward greater wealth by supplying world markets with innovations of its own, rather than simply providing an inexpensive labor force for Western nations.

In fact, according to Friedman, other nations have already begun stepping into the gap. It takes larger companies longer to move out of a country such as China, but smaller, more nimble companies are already taking advantage of these opportunities, which can offer a ready labor force with low wage expectations and an infrastructure suitable to manufacturing. Most of the movement to date has involved the apparel and footwear industries and mobile phone assembly. The 16 countries slated to replace China in low wage labor are:

25 percent of these countries are in Africa. [/show_to]