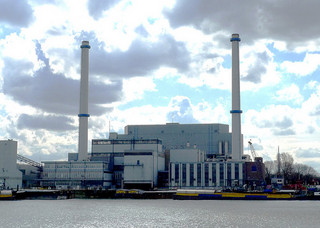 The Materials Handling Institute (MHI) is developing a roadmap, which will hopefully serve as a guide to the materials handling and logistics industries through the year 2025. Their effort was sparked by a similar roadmap issued by Robotics Virtual Organization (Robotics VO) in March of this year. MHI announced their plans for the Roadmap for Materials Handling 2025 the same month.

According to MHI’s senior vice president of professional development Gary Forger, the goal of the program is, “to assemble a broad community of thought leaders with a stake in the future of material handling and logistics technologies and practices to create an industry roadmap that will increase productivity, reduce costs, create jobs and improve the global competitiveness of the US,” as quoted by Supply Chain Digest.

The first phase included extensive interviews and input from industry leaders, including materials handling vendors, consultants to the industries, users and shippers, academics, and others. Multi-day sessions were held in cities around the United States, including Atlanta, Los Angeles, Washington D.C., and the final one, which just wrapped up in Chicago.

There are several parts to the proposed roadmap, including:

The Roadmap for Materials Handling 2025 will include 5, 10, and 15 year plans, just as the similar map from Robotics VO did. The report released in March garnered support from Congress.