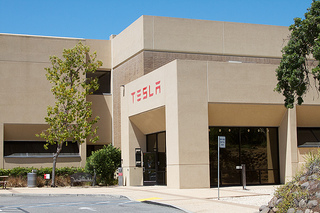 Tesla has resolved a longstanding trade issue over its company branding in China that involved its namesake.According to USA Today, “It says in a statement that it has reached an agreement with a Chinese businessman, Zhan Baosheng, had registered the Tesla name in China. The agreement came as a trial over the issue was about to begin in Beijing. Tesla says its agreement not only includes its name, but transfer of domain names such as Tesla.cn and Teslamotors.cn.”

In 2006, the owner of a cosmetics business, Baosheng, registered the Tesla name in China. When Tesla entered the Chinese market, Baosheng sued for infringement. Tesla won the case in 2013; however, a recent appeal by Baosheng required Tesla to continue the battle.

China is an import market for auto manufacturers, and Tesla had wanted stake in the electric niche. Despite the appeal process, Tesla entered the market in early 2014 – its debut vehicle was the Model S.

This is a landmark case for future trademark turf wars since, according to CNN Money, “China’s trademark laws follow a “first to file” principle that rewards squatters. Savvy operators — called trademark trolls — have targeted valuable foreign brands and registered them as their own.”

Baosheng registered the Tesla trademark in China three years after the American brand was conceived in the United States.

The court case ended in a concession by Baosheng that dissolved any of his rights to the trademark. Chinese and Tesla officials have not discussed what Baosheng may have received in exchange for the termination.

Bloomberg BusinessWeek notes that in the past, “Other companies, including Apple, have had to contend with similar nuisances in China. Despite the government’s penchant for targeting multinationals such as Microsoft and Mercedes-Benz for alleged antimonopoly violations, China has a good track record in allowing foreign companies to triumph over local-name squatters.”