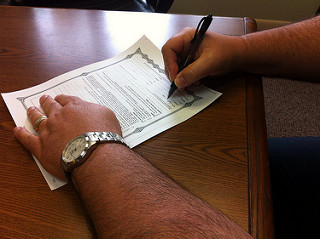 Every year the World Bank loans between $15 billion and $20 billion to government contracts around the world. Contractors must go through a bid process to be considered for government contracts, but it lacks transparency and consistency. The World Bank intends to reform its procurement policies in order to cut down on fraud and unfair contracts. The bank is pushing for integrity from contractors and more open communication from countries looking for bids.

Shruti Shah of Transparency International-USA stated, “We are asking the World Bank to take a leadership role to prevent the corruption and cronyism that exists in government contracting when politically connected officials and companies are able to hide their connections behind the screen of an anonymous company.”

The World Bank is making significant motions to improve procurement policies that lead to less corruption. Because the new policies require a large-scale change in culture, they generate a lot of resistance. The World Bank recently launched a new online system to help companies with the bid process and to make it more transparent. This system, known as STEP, is a tracking process that helps bidders submit all of the necessary documents to be eligible to win a contract.

The World Bank also recently released a mobile application that provides procurement data from previous bids. World Bank representative Joao Veiga Malta said, “What we wanted to do was to be able to provide you the procurement information that the bank had with an easy reach so that you did not necessarily need a master’s in statistics in order to be able to do an analysis.” The app has some shortcomings, but it is still a work in progress.

The World Bank also aims to allow countries more flexibility in choosing their contractors. For instance, the World Bank has proposed a more tailored approach with which countries can choose contractors based on quality and experience, along with cost. Standard procurement procedures do not work well for all countries.

A Cultural Change at the World Bank

The World Bank hopes that other lenders in the same position will decided to even the playing field for both countries seeking bids and contractors. The corruption must end, but this can only happen with sweeping reforms that change the cultural outlook of proposals and the contractor bid process.