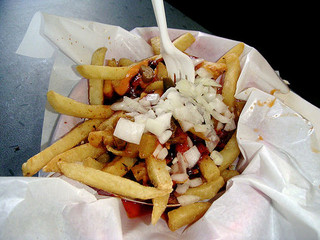 The United Kingdom imposed stricter regulations on food advertisers in hopes of curbing youth obesity. There is a growing sentiment in the United States toward such legislation, aimed at reducing obesity and weight-related illnesses, such as type II diabetes. However, the latest research indicates the legislation had very little effect on actual ads viewed by younger children.

Dr Emma Boyland and Professor Jason Halford of the University of Liverpool in the UK presented their research results to the European Congress on Obesity in Liverpool this week. Boyland, Halford and their associates conducted a study of food advertisements aired on children’s and family broadcasting channels in 2008, when very few of the current regulations were in place, and again in 2010, after all the regulations were in full effect.

The researchers discovered that all food related advertisements were slightly down, from 13 percent of all ads in 2008 to 12 percent of all ads in 2010. Advertisements were marked as healthy or unhealthy for the purpose of the study. Ads for confections actually rose from 9 percent in 2008 to 11 percent in 2010. Full fat dairy product ads rose from 4 percent to 9 percent. These rises occurred as food ads aired during children’s programming hours fell overall from 11 percent of commercials aired to only 4 percent.

Boyland explains that even though ads for unhealthy foods might have been reduced during the hours and programs targeted at children, most kids view programs during family hours, not just children’s viewing hours. Hence, they are still being exposed to too many commercials advertising unhealthy foods. According to Boyland, no effort has been made to encourage kids to adopt healthier eating choices.

No plans are currently in place for the UK to change legislation in light of the new research. Meanwhile, the Federal Trade Commission and others within the U.S. seek to restrict advertisers here in terms of unhealthy food ads.